Uncle Horace Died and Left You His IRA. Now What?

Does your family have an Uncle Horace?

I invented him for this article but a lot of families have a similar character: a hardworking, frugal soul who lives alone and says little but thinks a lot.  This is the kind of person who accumulates a tidy sum.  As the saying goes ‘You can’t take it with you’, so when Horace reaches the end of his hopefully long life, it has to go somewhere.

Like almost everything in the IRS code, the rules for Inherited IRAs are tricky.  A misstep can result in unnecessary taxes/penalties and missed opportunity for tax deferred growth for the beneficiary(ies).

Read on to learn more!
Best,

You just got a call from someone at Staid and Musty Law offices.  Uncle Horace named you, his only niece, beneficiary of his substantial traditional Individual Retirement Account (IRA). 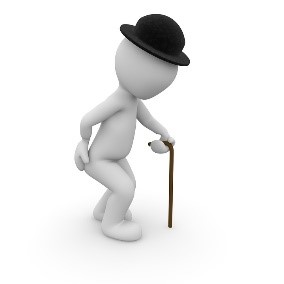 Before you do a thing, it’s important to understand the rules. **

Retitle:  You must retitle the IRA (unless you choose the lump sum method) indicating that it is inherited and including the original owner’s name, i.e.: Uncle Horace, deceased, inherited IRA for the benefit of Only Niece Name.

RMD:  If Uncle Horace was required to take a Required Minimum Distribution (RMD) from his account the year he died but he had not yet taken one, you will be required to take it for him, calculated the same way if he had not died.  The executor should be able to guide you on this.

Transfer:  If you want to move the money to a different custodian, (i.e. from Fidelity to Vanguard) you must specify a “trustee-to-trustee” transfer.  If you take possession of the funds, even for 5 minutes, it is considered a full distribution and you will be taxed on the whole thing.

Distributions:  You have 2 (possibly 3) distribution options for taking the money:

Beneficiaries:  Be sure to name new beneficiaries on the IRA.  Now it’s your turn to be the frugal, hardworking, quiet benefactor.

The IRS is not known for much flexibility when it comes to their convoluted rules, a simple mistake in dealing with Uncle Horace’s generous gift can result in unnecessary taxes/penalties.  Taking some of your new found money to pay for expert assistance is likely money well spent.

Previous Post: « When Will The Stock Market Get Back to “Normal”?
Next Post: Where do YOU rank as a taxpayer? »