Tax reform is here and 2018 brings many changes to the tax code. 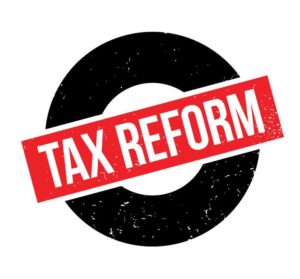 One of the major changes is a near doubling of the standard deduction.

What is a standard deduction?

Every taxpayer gets to deduct from income a certain amount of money which lowers their tax bill.

Taxpayers can subtract a flat “standard” deduction, OR “itemized” deductions.

Taxpayers subtract whichever is LARGER, a standard deduction or the total of their itemized deductions.

In general homeowners are more likely to itemize since mortgage interest and real estate taxes are itemized deductions.

The basic format of subtracting from income the larger of the standard or itemized deductions has not changed for 2018. What HAS changed is that the standard deduction is much higher.

The standard deduction is even larger for taxpayers over age 65.

Another change for 2018 is an elimination of the miscellaneous deductions subject to 2% of income such as union dues, tax prep fees, investment advisory fees, and job expenses. These are no longer allowed.

Schedule A for Itemized Deductions might not be a part of your future.

Let’s take a look at a couple filing jointly with one spouse over age 65. 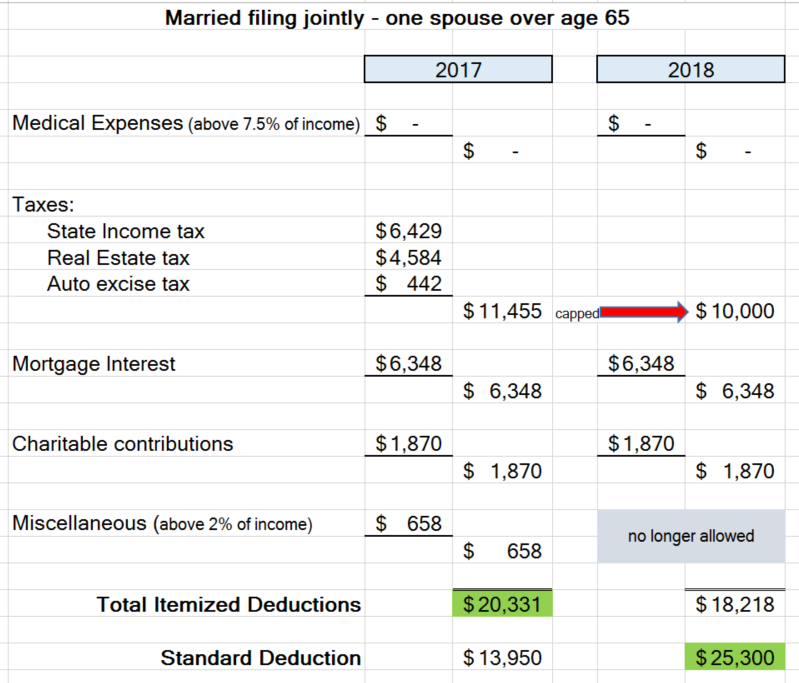 In 2018 if everything stayed the same, they will have $18,218 of itemized deductions. They lose the portion above 10K for their taxes and no longer have the miscellaneous deductions. Their standard is $25,300 which is larger so they will NOT itemize in 2018. They will take their new larger standard deduction.

Now let’s take a look at a single taxpayer:

Take a look at your Schedule A if you itemized in 2017. What do your numbers look like?

Previous Post: « Thou Shalt Diversify – A Commandment For All Investors
Next Post: Tune Out the Noise and Prosper »