I recently read the best seller “Atomic Habits” by James Clear. In fact it was my book giveaway in January, I highly recommend it.

In this book I learned the tale of the French philosopher Denis Diderot, who in 1765 found himself unable to pay for his daughter’s wedding.

He was poor, but well known as the co-founder and writer of Encyclopédie, one of the most comprehensive encyclopedias of the time. Catherine the Great, Empress of Russia, was a fan of his encyclopedia and offered to buy his personal library for £1000 – more than $150,000 today. She also offered to pay him a yearly salary to act as her librarian.

Suddenly Diderot found himself wealthy. He paid for the wedding and also bought himself a beautiful scarlet robe. Suddenly he felt the urge to upgrade all his possessions – he wrote that there was “no more coordination, no more unity, no more beauty” between his new elegant robe and the rest of his stuff.

Clear writes that Diderot “replaced his rug with one from Damascus. He decorated his home with expensive sculptures. He bought a mirror to place above the mantel, and a better kitchen table. He tossed aside his old straw chair for a leather one. Like falling dominoes, one purchase led to the next.”

This behavior is common. The tendency for one purchase to lead to another one has a name: the Diderot Effect. You buy a new lamp and suddenly you wonder about the all the furniture in your living room. You buy a toy for your child and then all the accessories to go with it.

Recently I experienced the Diderot Effect myself.

Ironically, it all started with a coat. My black dressy winter coat which was who knows how old, not very warm, and too long. But it was perfectly serviceable. I didn’t really “need” a new coat.

But I decided to buy one anyway. I wanted to try them on which meant going to a store. I hate going to stores. Determined, I marched into a store and told the sales lady what I wanted, preferably on sale.

She picked out a coat in camel. I’ve never owned a camel coat in my life. My entire wardrobe is black and gray. But she urged me to “just try it for size” because if it worked they could order in any color. It was expensive, even “on sale”.

I put it on. And the sales lady oohed and aahed. It was warm and I liked it so I asked her to order it in black. Of course, the black was sold out. Of course! 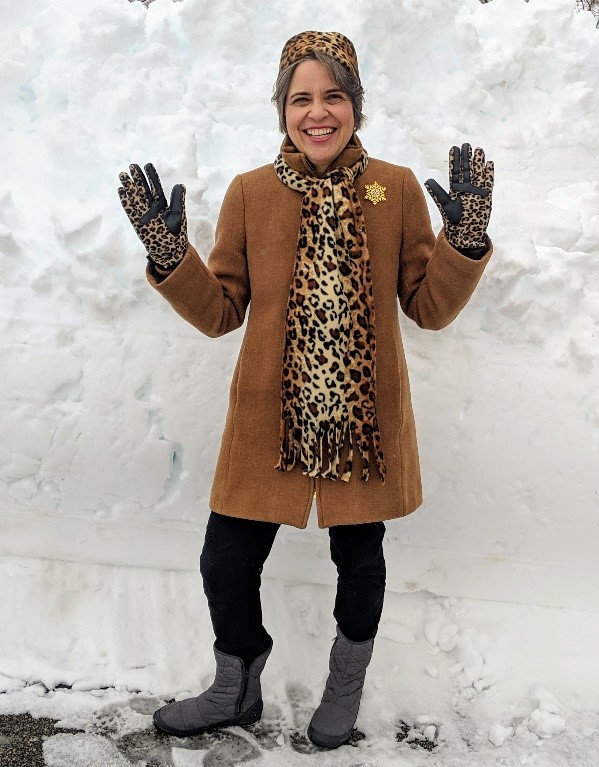 Somehow, the sales lady convinced me to take the camel coat home. I’m still not sure how that happened. When I got home, I foolishly removed the tags. Then I realized that my black gloves and turquoise and white hat did not work with my new camel coat!
So I bought leopard gloves. And a leopard hat, and a leopard scarf. And a snowflake brooch, because it was sparkly. By this time I had spent far more money than I ever intended. The whole ordeal caused me a lot of angst.

At least I drew the line and kept my gray boots.

At the end of the day these purchases aren’t going to derail my retirement. I felt better after I calculated that if I wear the coat for 10 years my per-wear cost will be less than $1! Look me up in 2029 and ask me about it.

As my friend Betsy P., self-described coat addict from Maine says: “You could have worse vices than having too many coats living in Maine.” I’ll just substitute Massachusetts.

Beware of sales ladies who flatter and the Diderot effect!